The Aston Martin DB5 with Sean Connery in 1964…

In the novel, author Ian Fleming had placed Bond in a DB Mark III but the DB5 was Aston Martin’s newest model when the film was being made. The car used in the film was the original DB5 prototype, with another standard car used for stunts. Two more modified cars were built for publicity tours after the film’s release. 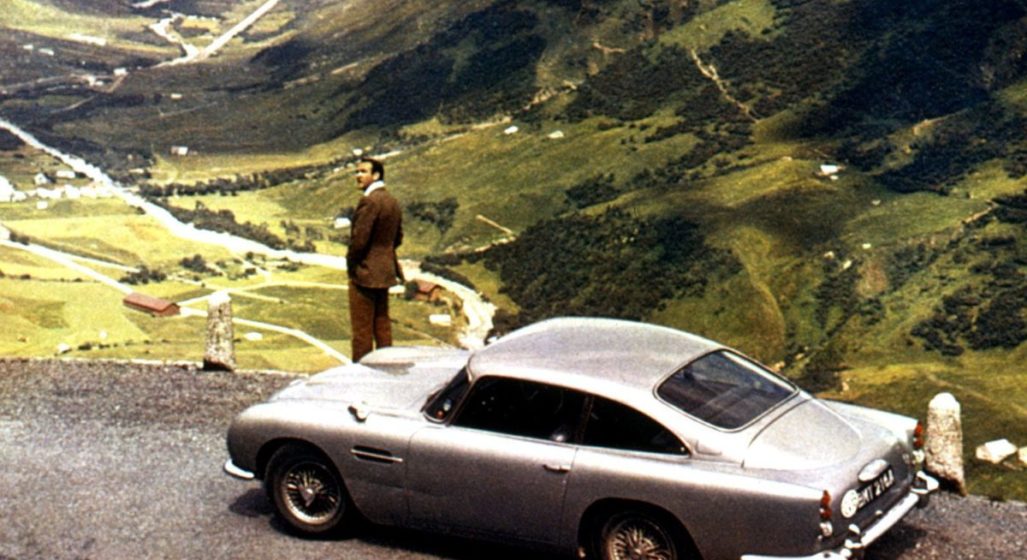 Initially, the script had the DB5 armed only with a smoke screen but the gadgets rapidly increased as crew members began suggesting devices to install in it. Director Guy Hamilton conceived the revolving license plate because he had been getting lots of parking tickets, while his stepson suggested the ejector seat. Some changes were made during production, like the replacement of a caltrop-dropping gadget with an oil dispenser because the producers thought the caltrop-dropper could be easily copied by viewers.

Production designer Ken Adam and engineer John Stears overhauled the prototype Aston Martin DB5 coupe, installing these and other features into the car over six weeks. Only two of the gadgets – the wheel destroying blades and the ejector seat – were not actually installed in the DB5.The same car was used again in Thunderball where it was equipped with two rear-facing water cannons. In January 2006, one of the original DB5s from the Bond films with Sean Connery was auctioned for more than $2 million. An Aston Martin DB5, albeit with the incorrect BMT-214A license plates instead of the original BMT- 216A plates, appeared in one of the Bond films starring Pierce Brosnan. In the Daniel Craig films, an automotive homage was made for the original DB5 that was driven, destroyed but later underwent restoration. We guess that the DB5 will probably last as long as 007 himself. 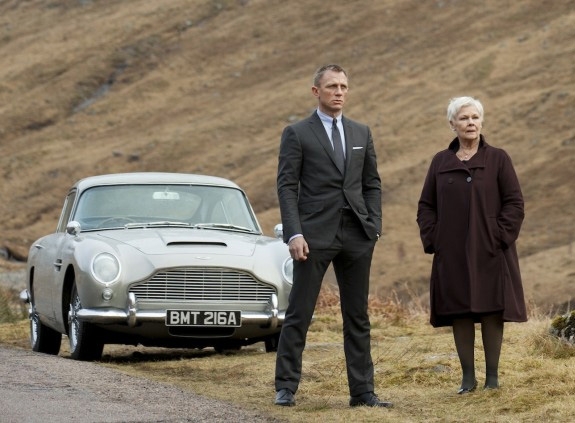