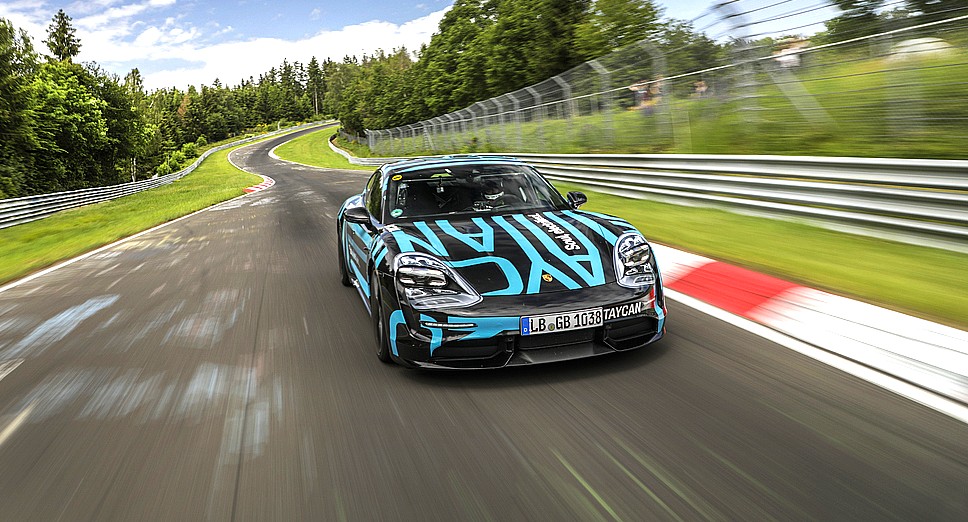 The Porsche Taycan recently set new standards for four-door, all-electric sports cars on the famous Nürburgring-Nordschleife road course. Test driver Lars Kern conquered the legendary track, famously known as the Green Hell, in 7 minutes and 42 seconds (07:42). The lap time was set over the 20.6-kilometer course that’s usually used for record attempts. During the attempt, Lars Kern drove a pre-series Taycan. “The Taycan is also suitable for race tracks and it convincingly proved that here on the world’s most challenging circuit”, Kern explained. “Again and again, I am impressed at how stable the all-electric sports car handles in high-speed sections, such as Kesselchen, and how neutrally it accelerates from tight sections, such as Adenauer Forst.” 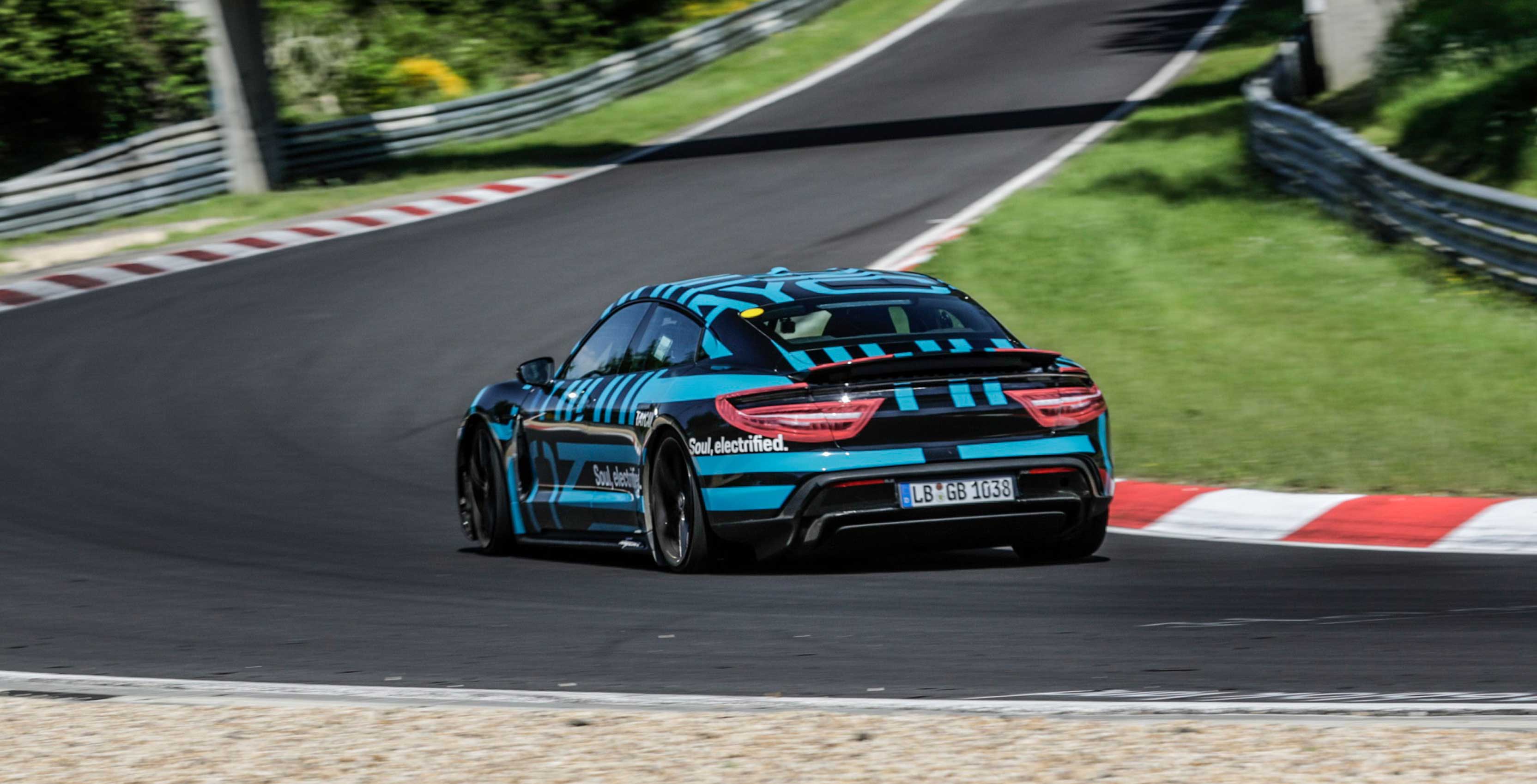 Porsche’s first fully electric sports car is named “Taycan” which means “lively young horse”, referencing the imagery at the heart of the Porsche crest. The Taycan is the first production vehicle with an innovative 800-volt technology rather than the normal 400 volts for electric cars. It produces over 600 PS to accelerate from 0-100 km/h in less than 3.5 seconds and reach a top speed of 250 km/h.

The driving modes profile of the new Taycan offers special settings to make full use of the all-electric drive’s properties. In “Sport Plus” mode, driver requests are implemented in an extremely dynamic way. As a result, the battery’s cooling and heating strategy has been designed for maximum performance. At the same time, the cooling air flaps are opened, the rear spoiler is extended early on for minimal lift, while the chassis set-up becomes optimized for maximum race track performance, and the suspension permanently set in the lowest position.

“The Taycan mastered its Triple Endurance Run superbly. First, our electric sports car demonstrated that its performance can be reproduced as part of a strenuous test involving 26 successive acceleration runs from zero to 200 km/h. Then, it completed 3,425 kilometres within 24 hours in Nardò without any issues and now the record at the Nürburgring-Nordschleife”, remarks Stefan Weckbach, Porsche Vice President for the Taycan Product Line, “Numerous factors contribute to this performance and the efficiency of the powertrain at high speeds. These include the chassis systems that react within a fraction of a second as well as the outstanding aerodynamics.” 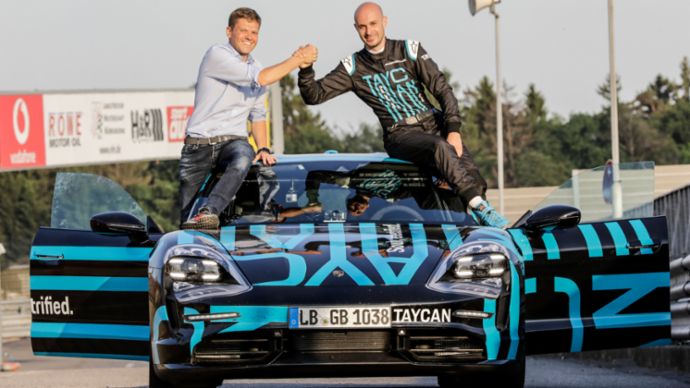