Audi Victorious in the 10 Hours of Suzuka 2019 Endurance Race

Audi Sport Team WRT claimed the podium finish on the recently concluded 2019 Intercontinental GT Challenge at the 10 Hours of Suzuka in Japan, which makes for high suspense in the title race of the world’s only GT3 racing series before the finale in November. With drivers Kelvin van der Linde, Dries Vanthoor and FrédéricVervisch, the #25 Audi R8 LMS GT3 led 201 of the 268 laps while the team’s winning margin of 40 seconds was more than the difference between GruppeM Racing’s Mercedes-AMG in second place and Absolute Racing’s Porsche 911 GT3 R in third place.

GruppeM, driven by Maxi Buhk, RaffaeleMarciello and Maro Engel, produced a similarly impressive performance at Suzuka 12 months ago but had to settle for second this time after failing to match the Audi’s pace throughout. Meanwhile, Absolute Racing’s Dirk Werner, Matt Campbell and Dennis Olsen returned to the podium for the first time since winning at Bathurst, although theirs and GruppeM’s final positions owed much to a refueling issue that cost Absolute’s Audi a certain second place during its final pit stop. 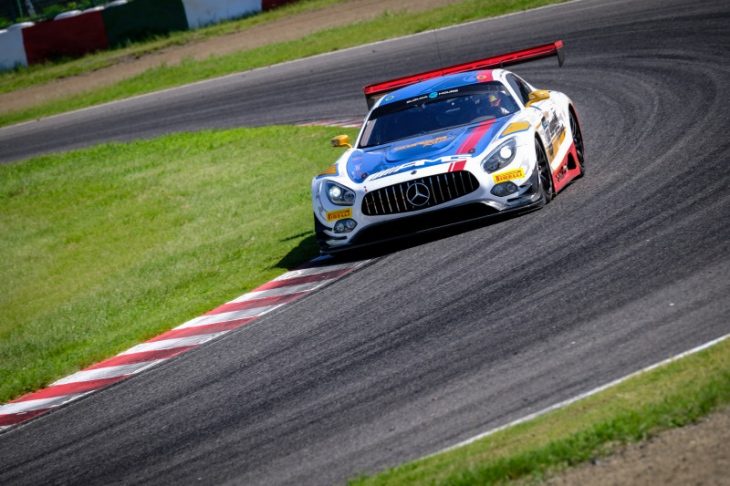 BMW’s M6 looked like the car to beat during the first two hours when Team Schnitzer’s Martin Tomczyk converted pole position into the lead. He was joined at the front by Nick Catsburg who passed Van der Linde on the opening lap. However, Walkenhorst’s hopes were dashed early in the second hour when Christian Krognes’ M6 was tagged by a spinning Nissan. The damage initially appeared superficial but proved terminal soon after. 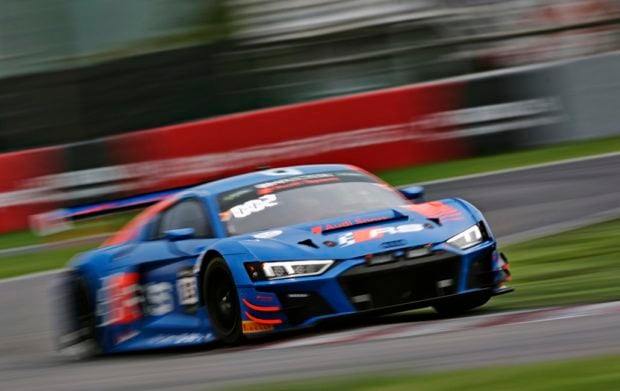 Audi first hit the front after the second round of scheduled pitstops when Schnitzer opted to re-set their stint time by driving through the pit lane during a Full Course Yellow period. A subsequent stop-go penalty for a short scheduled stop signaled the beginning of the end for BMW’s victory hopes, although the car shared by Tomczyk, Nick Yelloly and Pole Shootout hero Augusto Farfus did ultimately come home fifth. 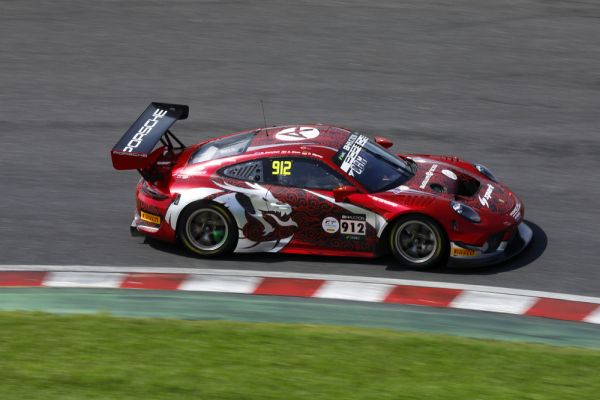 An early suspension issue consigned M-Sport’s other Bentley Continental to a lonely afternoon, although Andy Soucek did collect ¥1,000,000 prize money for setting three separate fastest laps. The same couldn’t be said for Ferrari whose full-season entry, HubAutoCorsa, had two separate incidents, the second of which – a heavy impact at 130R – hastened its retirement despite the damage being fixed. 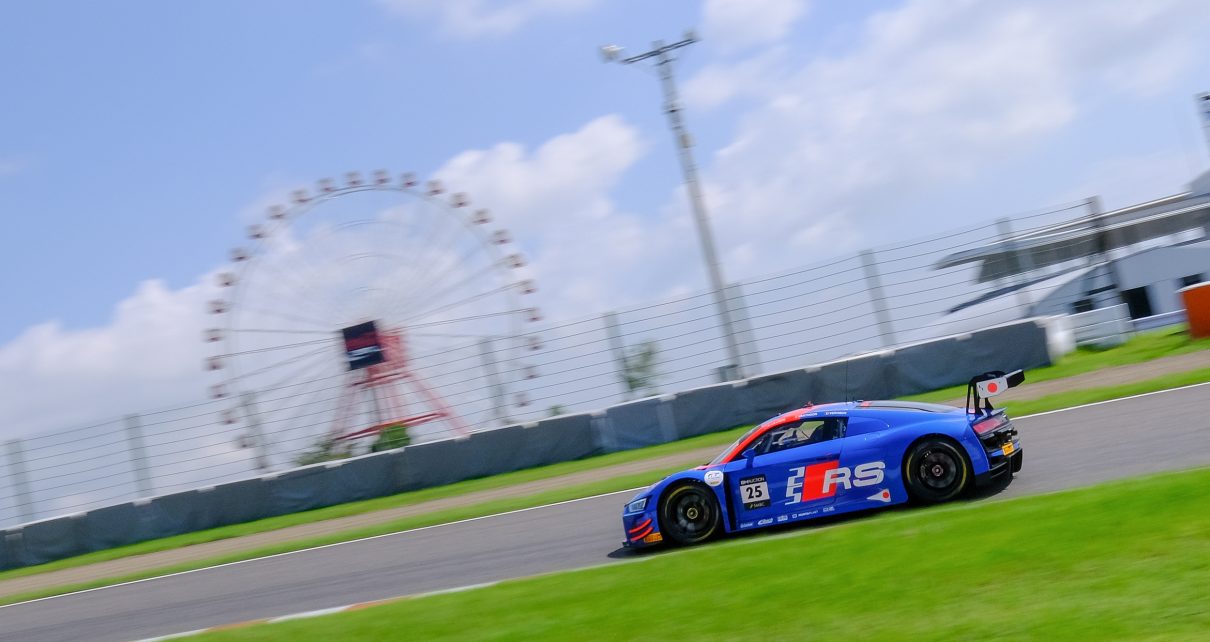 “By clinching victory in Japan, Audi Sport Team WRT as well as the drivers delivered an impeccable performance in this crucial phase of the championship”, said Chris Reinke, Head of Audi Sport customer racing. “As a result, following a difficult start to the season, we put ourselves in the best possible position.” Audi Sport Team WRT’s Kelvin van der Linde said, “Intercontinental’s cool in the way it’s a championship but that you also have a chance to win these big individual races, which no other championship really has. So, we’re trying to win the big individual races because they carry a lot of credibility, and then we have to see at the end of the season where we stand in the Manufacturers’ points. But obviously we want to defend the title. I have a home race at the end of the year so I want to win in South Africa and help Audi fight for the championship.”

Now the worldwide endurance racing fans can look forward to a thrilling title decision. For the first time, the Intercontinental GT Challenge will visit Africa this year. The 9-hour race at the circuit of Kyalami on November 23 will decide if Audi, after two victories in the drivers’ and three in the manufacturers’ classifications since 2016, will be able to claim its sixth title in this racing series.