We deliberately delayed the posting of the last part of our “unsolicited advice” because of the often idiotic developments that happened after we posted the first four parts of this Opinion column. While we continue to be disappointed with the way the traffic problem is being addressed, we are happy to note that some of our government officials may have responded or reacted to what we wrote here with the laws and actions that they have recently proposed.

The long queue of vehicles turning right from EDSA into Kaingin Road in Balintawak, Quezon City was at a standstill because several jeepneys were waiting for passengers at the corner of the intersection near stairway of an the pedestrian overpass. There was a large “No Loading/Unloading” sign that even mentions the fines that the offending driver and passengers will have to pay, but the jeepney drivers seemed oblivious to it. When the traffic queue moved, I drove to the back of the last jeepney in the line, turned on my vehicle’s hazard lights, and alighted to talk to the driver.

The driver looked young and he was playing some loud rap music on the jeepney’s radio, which is a violation of an existing ordinance on loud music in public vehicles. When I asked him to move his vehicle, he just looked blankly at me and didn’t budge. When I asked to see his driver’s license so I can report him to the MMDA, he showed me a Traffic Citation Ticket (TCT), offering an excuse that his license was recently confiscated by a traffic cop. His face turned ashen after I told him that the TCT is not valid and that he should be arrested for driving without a license. He started to shift into gear when I told him that I will take a photo of him with my phone camera because of his serious traffic violation, and that his jeepney should be impounded for illegally ferrying passengers since it is being operated by an unlicensed driver. Once he saw a space between his jeepney and the one in front, he sped off, and the other two jeepneys started to move forward as well. The queued traffic cleared up. It was a Sunday morning.

PUV drivers have become habitual and wanton traffic violators because they know that they can get away with it. If ever they get caught, they just get a slap on the wrist because they’re either connected, or protected, or they can claim that they are part of the “urban poor”. They show fake TCTs when they get accosted and, when they know that the apprehending officer knows it’s a fake, they just slip a P50 or P100 bill with the fake TCT, and then proceed to drive away as if nothing happened. But here’s the rub: Driving a vehicle using only a TCT is considered driving without a license, which is a serious driving violation. The offending driver can face jail time while the apprehending officer who didn’t arrest the violator is guilty of gross negligence and incompetence.

Technically, a TCT is used to fine a driver for a cited minor traffic violation, hence the label Traffic Citation Ticket. The driver’s license of a violator cannot be confiscated and simply be replaced with a TCT. If the violation is serious enough to warrant the confiscation of the driver’s license, then a TOP or Temporary Operator’s Permit should be issued by the apprehending officer. Moreover, traffic officers who are DEPUTIZED by the LTO are the only ones allowed to confiscate drivers’ licenses. Thus, when inept and non-deputized traffic enforcers of local government units (LGUs) try to confiscate your license and tell you that they have a City Ordinance that allows them to do so, then their city ordinance is defective. National laws always trump city ordinances so you can always refuse to surrender your license unless they have a TOP to replace it.

Similarly, we find the MMDA’s implementation of the No Contact Apprehension grammatically, technically, and legally incorrect. “Apprehension” is defined by the Merriam Webster dictionary as the act of seizure through a legal process such as an arrest. Thus, to effectively, correctly and legally apprehend or arrest a traffic violator, the enforcer must make contact first. The apprehending enforcer must clearly identify himself as an authorized officer of the law and provide the reason for the apprehension. Pundits might point out that the MMDA has video evidence to justify the apprehension but legally, video evidence is considered inadmissible in court when it is not accessible to both the accuser and the accused. Furthermore, the Philippine Constitution guarantees our right to face our accuser and the MMDA needs to provide the accused traffic violator sufficient time to defend him or her self before the accuser, which is supposedly a traffic enforcer and his camera.

A case in point was when my wife was about to renew her driver’s license in 2010. She was told by the clerk at LTO that they cannot renew her license until she paid the fine at the MMDA for a traffic violation that she supposedly committed in 2009. At the MMDA, she was shown an unsigned TCT that stated she was caught beating the red light while crossing the intersection of EDSA and Kamias/Kamuning in Quezon City sometime in April 2009. Unfortunately for the apprehending officer, my wife was in Baguio City during the date in question organizing a national motorcycle convention attended by officers and members of the Law Enforcers Riders Association of the Philippines (LERAP) so she couldn’t be in two places in one time. Curiously, we wondered how they could use a TCT that wasn’t signed by my wife as evidence and how they were able to ascertain that she was the driver of the errant vehicle when our car was registered in my name, not hers. We believe the No Contact Apprehension has a lot of loopholes that can be exploited by corrupt people in the agency.  We think that “No Contact Citation” would be more appropriate.

All A Political Game

We are beginning to suspect that our politicians aren’t doing anything to educate the masses about their rights because an uninformed and widely ignorant public constitutes sure votes on Election Day. The same goes for traffic laws and enforcement where politicians dare not tangle with the PUV drivers because they belong to strong and massive unions that can paralyze public transport when they go on strike and turn the public opinion against the politicians. When the Duterte government moved to enforce the modernization of jeepneys, the transport groups strongly opposed it, called the program “anti-poor”, and even called for strikes to cripple mass transport. But the writing’s on the wall for those old dilapidated jeepneys simply because they are unsafe, they pollute the environment, and their drivers are bullies on the road.

Politics are also played with the handling of the traffic problem. Congressmen are quick to denounce the volume of vehicles as the cause of traffic when they themselves travel in a convoy of no less than three vehicles complete with blinkers, sirens, and traffic-blocking bodyguards. Some of our politicians, including mere barangay captains, barrel through the congested streets of the metropolis using government-issued ambulances just so they can get to their “appointments” on time. Excuse me, but is your time more important that the rest of the public? Shouldn’t you be doing your job instead of abusing your authority? Shouldn’t you be the one showing a good example of following traffic laws because you’re a public servant and we’re paying your salary with our hard-earned taxes? 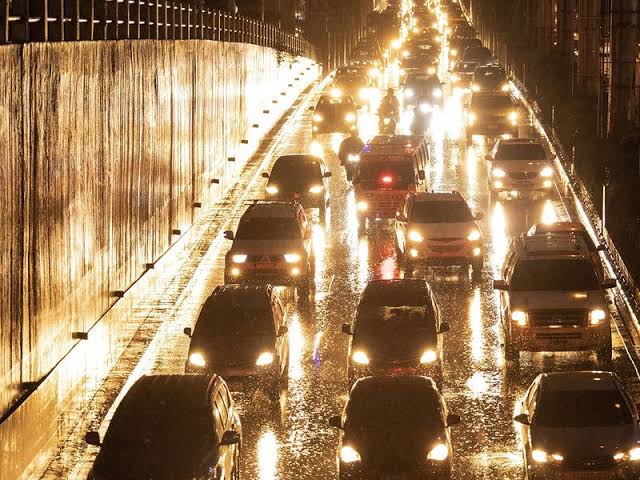 Watching a Dog Chase Its Tail

A congressman from Caloocan City proposed that private vehicles should be banned from EDSA during morning and evening rush hours. Another politician stated that owners should be more selfless, leave their cars at home, and use public transport more often to help decongest the roads around the city. (He should try that, be the first congressman to go carless, and become a good example.) Someone posted an idiotic suggestion to ban vehicles on certain days according to their car brands. A government official offered to expand the “yellow lane” on EDSA to give buses more room and thus discourage private vehicle owners from traversing the highway. All these suggestions simply want to reduce the number of vehicles on the highway, which is what the ineffective UVVRP or Numbers Coding tried unsuccessfully time and time again. We’d like to reiterate that enforcing such proposals isn’t going to work. It’s like watching a dog chase its tail.

And that’s what we’ve been doing since the Marcos administration. We’ve been going around in circles and beating around the bush like a dog chasing its tail. We do not like to admit that Martial Law has instilled in us a form of “power tripping” that we carry onto our driving habits. That dark era of Philippine history has taught us that it pays to be “connected”, which is why even an untrained, unlicensed and rude jeepney driver has the balls to illegally operate a public utility vehicle and endanger the lives of his passengers and of other road users. Installing heavy window tints in our vehicles, which are unsafe and illegal, give us the security of anonymity, the false sense of authority or notoriety, as well as the power to intimidate other road users. Instead of road courtesy, we drive as if we are entitled to be the first on the road. Entitlement seems to be the buzzword nowadays. 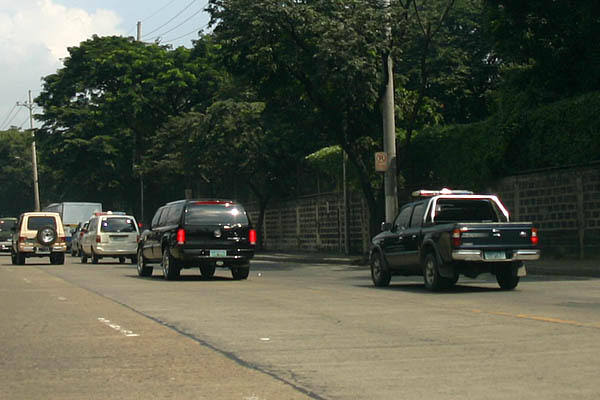 After everything is said and done, we can confidently conclude that the traffic situation in our country will NOT improve unless we strictly implement the 3E’s we’ve been espousing: Engineering, Education and Enforcement. These three must be applied in equal measures and strong terms consistently, regardless of who’s in power, to achieve a long-term and long-lasting solution to the traffic debacle that is growing right before our eyes. After effective solutions have been implemented, we must foster a discipline to audit the results and seek continuous improvement to ensure that the solutions evolve as the situations evolve. And we have to do it NOW, for our children’s sake. Let us start finding solutions now to guarantee the safety and future of the next generation of Filipino road users.