On June 13, 2019, Coventry Motors Corporation, the exclusive authorized importer and distributor of Jaguar and Land Rover (JLR) vehicles in the Philippines, launched the all-new Range Rover Evoque at the Bonifacio Global City (BGC) amphitheater in Taguig City. Dubbed within the JLR factory as L551, the all-new Evoque is the product of several years of evolution and varying corporate ownerships and ethos to come up with a luxury compact sport utility vehicle (SUV) that sets standards of refinement, safety, and capability.

As early as the late 1980’s, the Rover Group’s market research compelled Land Rover to enter the growing compact SUV market segment but, with a restricted product development budget in the early 1990’s, the company had to find a partner to finance the project. When BMW acquired the Rover Group in 1994, the project got the green light, and the Land Rover Freelander (L314) was launched in October 1997. It became Europe’s best-selling four-wheel drive model until 2002. The Ford Motor Company bought Land Rover from BMW in 2000 and launched the Land Rover Freelander 2 (L359) at the 2006 British International Motor Show. Tata Motors of India bought Land Rover from Ford in 2008 and saw 310,619 Freelander 2 units sold from 2009 to 2015.

LRX Concept Vehicle and the Evoque

In December 2007, the Land Rover LRX Concept Vehicle started making news and was formally introduced at the North American International Auto Show (NAIAS) at Detroit in January 2008. The LRX design took an entirely new look at what a Land Rover could be. Developed by Land Rover’s Design Director, Gerry McGovern, the LRX was designed to spur customer feedback and gauge reaction, especially from Land Rover and Range Rover purists. The LRX won over most of the purists and potential customers who have never considered the brand in the past.

Sketch of the LRX Concept

The LRX was a pivotal concept for the company and spurred the development of a production version – the first-generation Range Rover Evoque (L538). The LRX Concept made the transition into the Evoque relatively unchanged beyond tweaks needed for production. The overall look of the LRX was retained along with many of the exterior and interior details. Range Rover found 602,044 Evoque customers from 2011 to 2016 and collected 220 awards from various international bodies.

Evolving Thru Engineering and Architecture

The success of the first-generation Evoque prompted the development of its second generation, which was revealed at an event in London on November 22, 2018. The all-new Evoque (L551) is a complete evolution of the series through revolutionary engineering and technological architecture. Although it may look similar to the previous Evoque, JLR claims that only the door hinges remained unchanged on the body. With Land Rover’s new Premium Transverse Architecture, the new Evoque is longer, wider and bigger than its predecessors, which makes it readily available to accommodate the necessary components for both plug-in and mild hybrid systems. 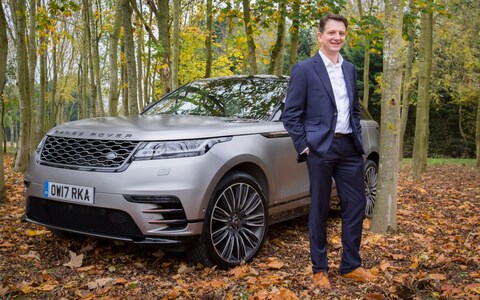 The all-new Evoque boasts of a stiffer chassis and smooth sculptured aesthetics.

Luxury Compact SUV for the Metropolis 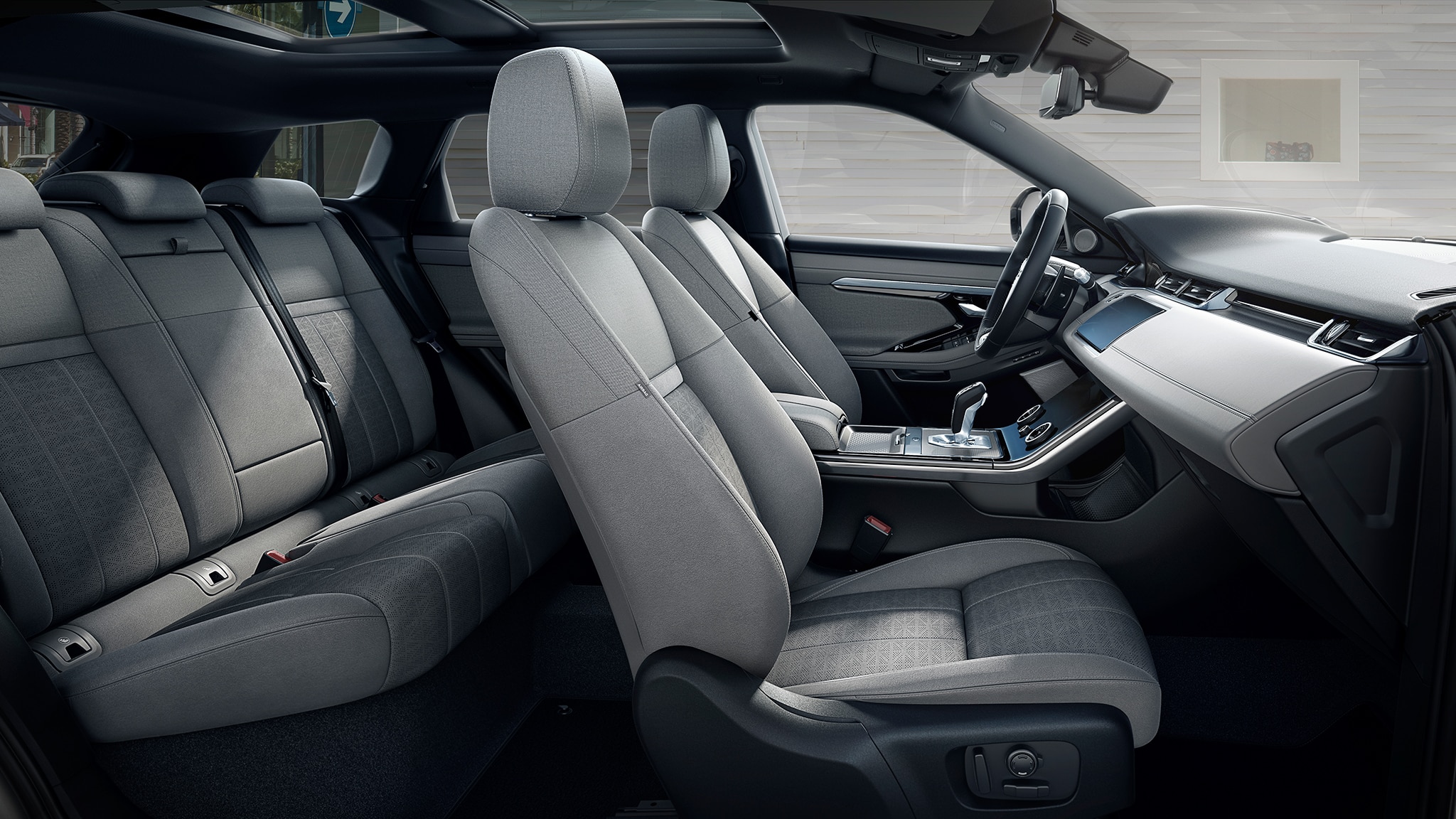 With all-wheel drive (AWD), the Evoque combines all-terrain capability with all-weather assurance. Its second-generation Active Driveline with Driveline Disconnect and Adaptive Dynamics delivers comfort and agility while its Terrain Response technology automatically detects the surface being driven on and adjusts the set-up accordingly. With 212mm of ground clearance, it can wade through 600mm of water and features 20.8° approach and 20.6° departure angles while its variety of technologies such as Hill Descent Control, Gradient Release Control, All Terrain Progress Control, Lane Keep Assist, Autonomous Emergency Braking, and Driver Condition Monitor help keep the occupants safe regardless of the terrain.

An Evoque of Many Firsts

The new Evoque comes with the segment-first “Clear Sight Rear View” that transforms the rear-view mirror into an HD video screen if the rear visibility is compromised by passengers or bulky items. A camera from the top of the car displays what is behind the vehicle in crisp high definition while the screen provides a wider 50° field of vision and superior visibility in low light. The Evoque also features the world’s first “Clear Sight Ground View” technology, which effectively makes the front hood invisible by projecting camera imagery onto the upper touchscreen to show the driver a 180-degree view under the front of the vehicle. This is all backed up with a 360° Surround Camera.

The new Evoque was awarded a five-star Euro NCAP crash safety rating and is the first luxury compact SUV to be certified under the new European Real Driving Emissions Stage 2 (RDE2) legislation that mandates Nitrous Oxide (NOx) emissions that are 80mg/km or lower. It is also the first in its segment to offer a Mild Hybrid Electric Vehicle (MHEV) option with a 48-volt mild-hybrid powertrain designed to reduce emissions and improve fuel economy with no plug-in charging required.

… and the first luxury compact SUV to receive an RDE2 certification.

Now Available in the Philippines

“We are very proud to bring to the Philippines the all-new Range Rover Evoque, which offers refinement and comfort required for modern city living while still providing all-terrain capability our customers expect from a Land Rover”, said Christopher Ward, president of Coventry Motors Corporation. “I’m confident that our Filipino customers will rediscover the joy of driving with the all-new Evoque.” For reservations and test-drives, please visit All British Cars at 1008 EDSA, Greenhills, San Juan, Metro Manila.