A short stint behind the wheel of the 2020 Toyota Supra may not be enough to constitute a comprehensive test drive. But since the new sports car we test drove was lent to us by a supportive private owner and not part of the Toyota Motor Philippines (TMP) media test fleet, we eagerly grabbed the opportunity to get a feel of the hottest new car in the market today. Besides, we at Power Wheels are the one of the first local journalists to drive the new Supra here in the Philippines, and that, dear readers, is reason enough for celebration.

Needless to say, the 2020 Toyota Supra is one of the most awaited cars to be launched this year. The first-generation Supra (A40/A50) was derived from the Toyota Celica and was manufactured from 1978-1981. The second-generation Supra (A60) was marketed between 1981 until 1985 while the third-generation Supra (A70), which came out from 1986 until 1993, was finally spun-off as a separate and independent model from the Celica. The fourth generation (A80) was introduced in 1993, had a long 9-year lifespan, and was a popular model until it was discontinued in 2002.

The fifth generation of the Supra made its debut at the January 2019 North American International Auto Show as a 2020 model. The car stemmed from the collaboration between Toyota and BMW and is based on the Z4. Sales for the production car began in Japan on May 17, 2019, in the United States on July 22nd, and in Australia on September 2nd. It was launched in the Philippines on July 9, 2019. According to TMP, their entire unit allocation for the whole year has already been sold. Thus, we are lucky to get our hands on this Prominence Red Supra, which is owned by Johnson Tan.

… who allowed us a brief drive while he drove it for our photos.

Only one 2020 Toyota Supra variant is available in the country and it is powered by a BMW-sourced twin-scroll turbocharged 3.0-liter inline-six engine that pumps out 335 horsepower from 5,000 to 6,500 rpm and 500 Newton-meters of torque 1,600 to 4,500 rpm. Power is sent to the rear wheels through a ZF 8HP 8-speed automatic transmission. A manual transmission option is currently not offered. Toyota claims that the Supra can accelerate from 0 to 100 km/h in 4.1 seconds and has an electronically limited top speed of 250 km/h. From experience, we know that both of these figures are actually quite conservative.

Parked or moving, the Supra is a guaranteed babe-magnet.

Heavily inspired by the 2014 FT-1 Concept Car, the exterior of the 2020 Toyota Supra is not a throwback to the Supras of old and carries only a small nostalgic link to the A80 with its exaggerated double-bubble roof and ducktail spoiler. There are exterior styling points that differentiate it from the BMW Z4 and infuse Toyota traits to its character. We find that the side view of the Supra, with its sculptured roofline, sculpted body, aggressive wheel arches, and long hood/short deck layout is the best angle of this car. 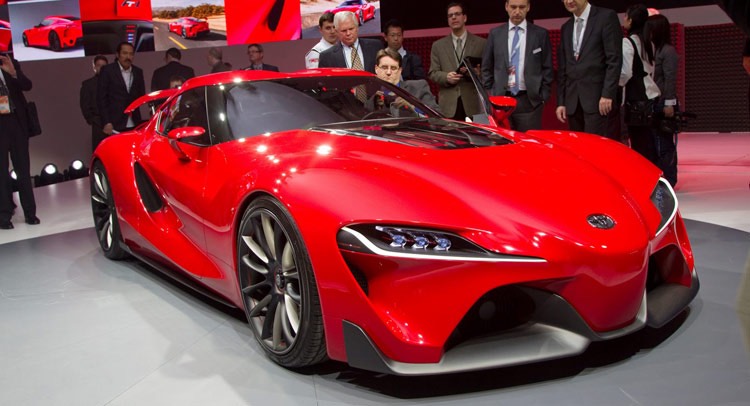 It’s one of those cars that you always look back to after you parked it.

At the back, the dual exhaust tips, the low height, and wide stance seems to point out that the 2020 Supra is more sports car than a Gran Turismo (GT) machine and more Toyota 86 than a 2002 Supra Mk IV. Some Supra fanatics expressed a bit of disappointment about the new car’s Teutonic origins instead of embracing the traditional Japanese 2+2 coupe, but the turbo inline-six and rear wheel drive immediately erases all doubts of the Supra’s salute to its past.

… is an exercise of patience, restraint and resilience…

… but the view is often spectacular.

Contouring your way into the 8-way power-adjustable Alcantara leather seats of the 2020 Toyota Supra will show more evidence of the BMW connection. The iDrive controller, touchscreen infotainment system, and digital gauge cluster are practically similar to those found inside the Z4. While comfortably ergonomic, we just wished that Toyota should have given its super car a more unique and decidedly Japanese interior. But then again, those German BMW engineers know a lot of things on what makes a sports car really sporty.

The Supra’s interior looks a bit Teutonic and familiar…

… but it’s easy to get into and all the controls are ergonomically placed.

Pushing the engine start-stop button and hearing the inline-6 rev from idle to redline is enough to send chills down your spine. The bolstered sports seats embrace you as you accelerate from zero up to the speed limit in just 4 seconds. With electronic traction control, those meaty rear tires bite into the tarmac and just provide you with forward thrust. Out of respect for the newness of the car and the generosity of the owner, we did not attempt to turn off the traction control and allow the prodigious amount of torque to smoke the tires. Let’s just say that the Supra can turn wild when it needs to.

The Alcantara leather seats are supportive and plush.

Hmm… Haven’t I’ve seen you in a Bavarian driving machine before?

On the zigzag roads going up to the peak of the D’ Heights Resort and Casino in Clark, Pampanga, we were able to sample the cornering prowess of the Supra. As expected, it handles like a go-kart with its adaptive variable suspension and 50/50 weight distribution. It stops on a dime with those massive ventilated disc brakes all around. The 8-speed automatic keeps the engine in its sweet spot and mashing the throttle can be quite hard on the neck, although, you’ll have a big smile to go with the acceleration-induced whiplash.

With its 50-50 weight distribution, the Supra relishes corners…

… and loves mountain roads and zigzags.

We expected a stiff choppy ride to go with its great handling but we were pleased to find that the 2020 Supra is comfortable, quiet, and remarkably well-behaved during city drives in Normal mode. Sports mode may rattle your innards a bit with its increased throttle response, stiffened suspension, and more direct steering feel. During our brief drive, we felt that the Supra can make a novice driver perform like a pro, and a pro driver perform even better. We felt that it will make a great track day car.

… and a top speed of around 250 km/h is impressive but we weren’t able to wring this Supra.

With all these performance-enhancing features, Toyota engineers equipped the 2020 Toyota Supra with a myriad of safety features like anti-lock brakes (ABS) with electronic brake distribution (EBD), stability control, traction control, multiple airbags, and a security system with an engine immobilizer, to ensure that this baby stays with the owner. Speaking of which, we reluctantly returned the car to the owner after our brief test drive but we were thankful for the experience. We began wishing we had around P4.99M burning a hole in our pocket so we can call one of the inbound 2020 Toyota Supras our own. 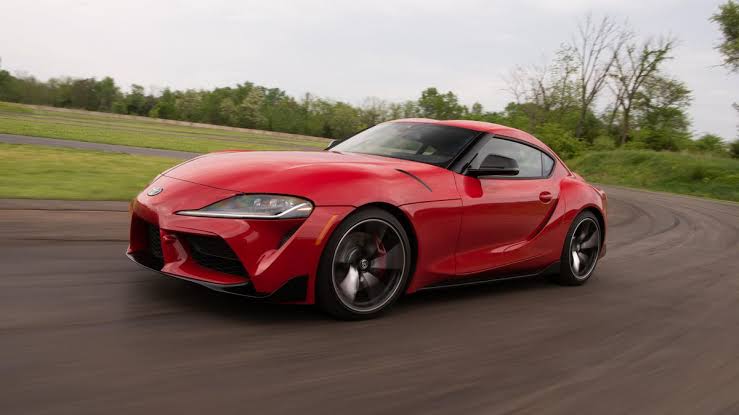 After returning the car to its rightful owner, we began to wish that we had P4.99M to get one for ourselves.

Owner Johnson Tan is simply happy that we returned his 2020 Toyota Supra in one piece.