In the opening credits of the 1969 movie “Easy Rider”, actor Peter Fonda, who  played Wyatt, the lead character, rides off on his custom motorcycle that he named “Captain America” to the tune of Steppenwolf’s “Born to be Wild”.  Along with his pal Billy (played by Dennis Hopper), the duo ride their motorcycles across America in this ground-breaking film that would become as the iconic motorcycle movie.

The Captain America chopper that Fonda rode is based on a Harley-Davidson police cruiser, one of four 1951 Harley-Davidson Panheads purchased by the actor from a Los Angeles Police Department auction.  The custom bike featured a rigid wishbone frame that was slightly laid back, 12-inch extended front forks, tucked and rolled upholstery on the laid back buddy seat and chromed parts throughout.

The 55-horsepower Panhead was customized by Fonda, customizer Tex Hall and actor Dan Haggerty, who had a brief appearance in Easy Rider but is best known for his role in the TV series “Grizzly Adams.” The three did all the chopping, welding, fabricating and painting to produce four bikes for the movie. They made two “Billy Bikes” named for and ridden by the character played by Dennis Hopper and two of the more radically chopped Captain America machines ridden by Fonda. Two examples of each custom bike were needed due to the rigors of film production.

The custom bikes held together quite well during the production of the film except for one of the Captain America choppers that was trashed in the explosive last scene of the movie. The remaining movie bikes seemed poised to become the property of the actors and producers until thieves broke into a storage garage and took all the bikes except the trashed Captain America.  Since the movie had not yet been released at the time of the theft, the bikes, in fact, meant little to the thieves as they were nothing more than customized Harley-Davidson Panheads.

After the movie was released in 1969, Fonda gave the damaged Captain America to Haggerty, who rebuilt it at his Woodland Hills home. Haggerty, who later said he rebuilt the bike as a memento to his work on the film, decided to part with his rolling film artifact 28 years later when he sold his original Captain America bike in a March 2001 auction. A spokesman said Haggerty agreed to part with his bike in the Del Mar auction because tens of thousands of people who were in attendance had the opportunity to see an American icon. 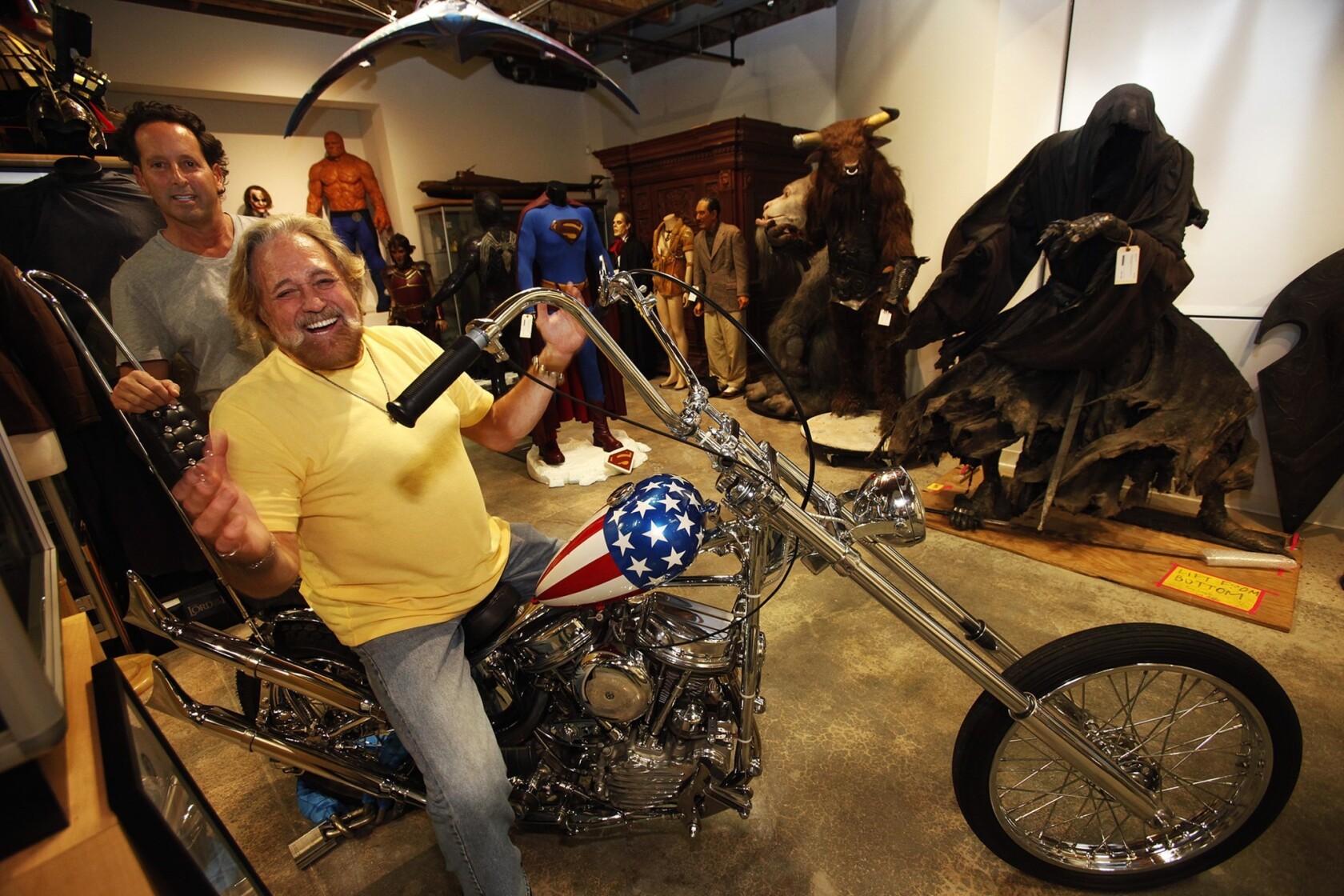 For his part, lead actor Peter Fonda, son of acting great Henry Fonda and father of screen temptress Bridget Fonda, described his use of the US flag on his jacket, and how it affected American culture.  “I got the idea for the flag on the back of my jacket from John Wayne,” said Fonda, referring to the movie American Tiger.  “I wore that jacket around the streets of L.A. every night on my bike and I got stopped by the police every night for defaming the American flag.  A year after ‘Easy Rider’ was released, there was a flag on every police jacket, their cars, and their equipment!”

After the film’s success in 1969, the Captain America motorcycle, helmet and jacket, and their rebellious use of the US flag, evolved and eventually became cult symbols of customized motorcycling.  Currently, there are companies in America dedicated to producing replicas of these icons. 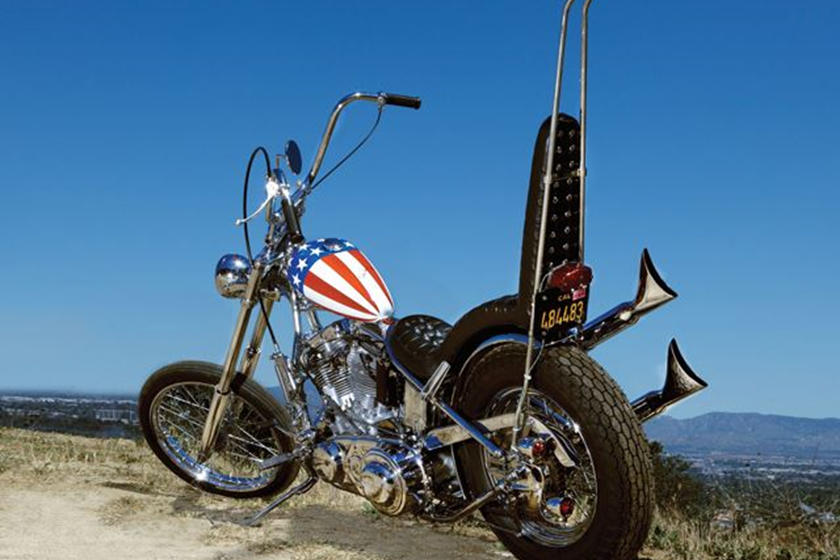 It’s amazing to note that original Captain America, which was made from Harley Panheads bought at an auction, was sold at an auction almost three decades later.  It’s also amazing to know that while “Easy Rider” created a new trend in American cinema, the movie custom bike “Captain America” lived on to become an iconic movie star.